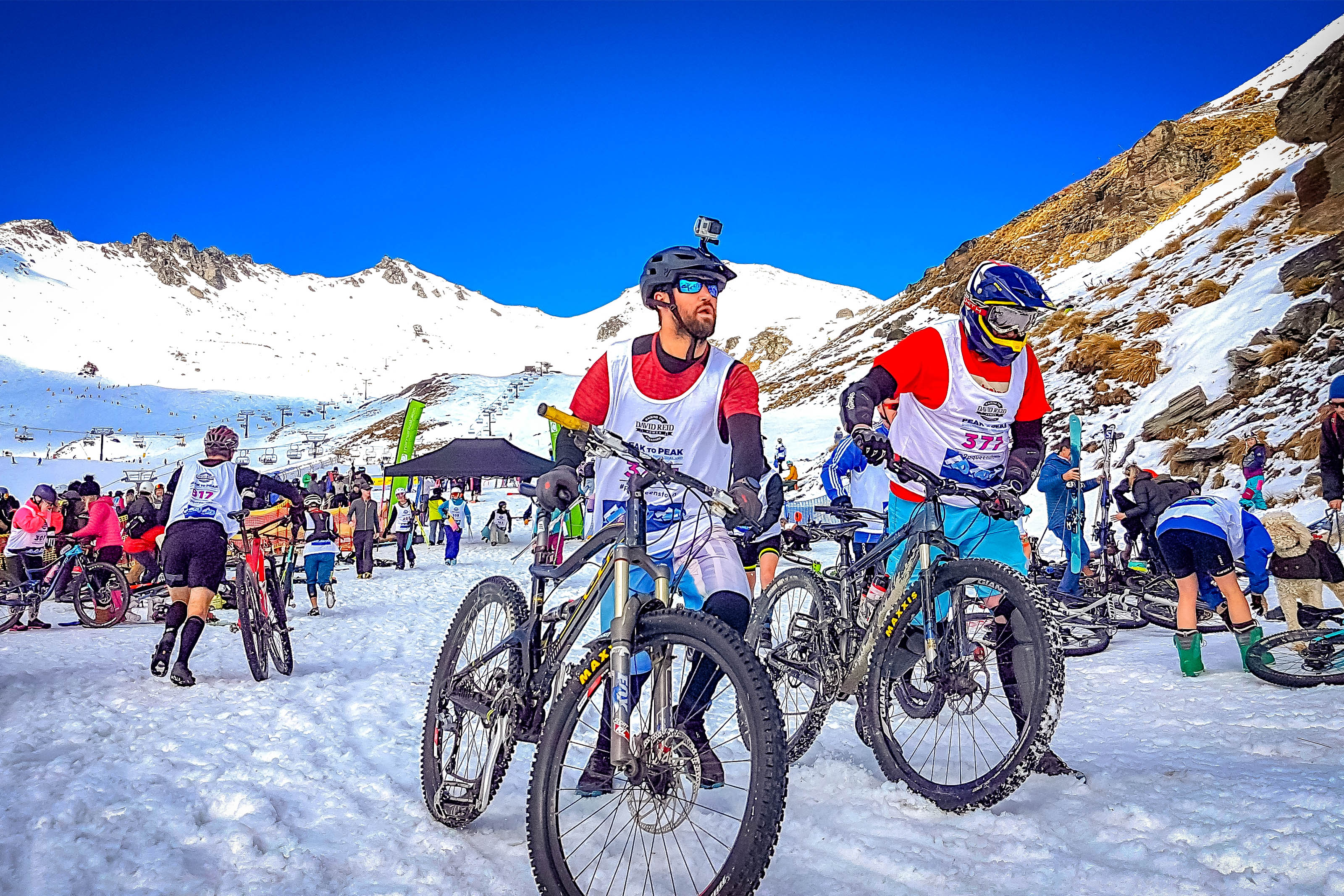 Queenstown’s winter multisport event, the David Reid Homes Peak to Peak, opened entries yesterday and received an immediate uptake from competitors all over the country keen to take on the 44km one day event this September.

“The response was instant from people outside the district who are obviously champing at the bit to come and spend a weekend in Queenstown and compete,” says Race Director Adrian Bailey. “The numbers were up significantly for the first day of early bird entries opening with competitors from as far as Christchurch, Dunedin, Oamaru, Rotorua, Kaikoura, Invercargill and Timaru signing up.”

“We have even received an entry from an Australian team so that’s a positive forecast from the Aussies wanting to get over to Queenstown and make it happen. These are the kind of events that Queenstown needs right now to encourage regional tourism spend whilst supporting people to keep up their winter training and active lifestyles.”

The David Reid Homes Peak to Peak is scheduled to take place on Saturday 12thSeptember with competitors racing from the Remarkable Ski Field to the finish line at Coronet Peak.

There are five race stages linking Queenstown to the mountains.

“Stage one starts at the Remarkables with a set ski or snowboard course down to the end of Homeward Run where competitors link into the Stage two mountain bike to Frankton Beach,” says Bailey. “Stage three is a kayak leg from Frankton Beach to Queenstown Bay followed by a Stage four run from Queenstown Bay to Arthurs Point. Stage five is the final cycling leg from Arthurs Point up to the Coronet Peak finish line.”

As the only winter multisport event of its kind in the country, Bailey says it’s a real attraction for the resort.

“It is one of Queenstown’s most stunningly scenic events and a true showcase of the town and our mountains with the event very well supported by NZSKI as the official host and David Reid Homes, the title sponsor.”

“Last year’s event was a sell-out, up 60% on the previous year, with over 450 competitors racing. It was an amazing day with such a broad range of competitors from school kids to seniors and everyone in between so we expect a similar mix for 2020.”

Bailey says the event will operate within the agreed specific guidelines for ski resorts that allow them to operate safely in the current Covid 19 environment.

“We all have one goal and that is to deliver events safely and within government rules. With this in mind we have implemented a 100% Refund Policy for all paid entries into the event should we be required to cancel the event because of any Covid -19 restrictions.”

Early Bird entries are open for the next two weeks online here:https://peaktopeak.nz